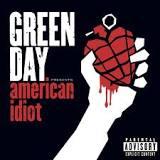 Once it was a punk opera, which tells about the same, only in other colors that idleness, laziness and do-nothing leads into the abyss of miserableness, wretchedness and self-digging. And if you are an empty person, which does not differ with filled-up inner peace, you will not find anything inside and, being horrified with this circumstance, you will fill this abyss, which you have just discovered, with all possible ways – alcohol, drugs, abundance of physical flesh etc. The result was a rather serious adaptation that allows praise the fullness of story, philosophical outlook on life and super-critical look at everything that is fed to us from television. Especially if it comes to war propaganda, as it happens, breaks our lives.

Berkeley Repertory Theatre hosted it in 2009 and Broadway's St. James Theatre hosted it afterwards. Incidentally, a reference to the name «St. Jimmy» is a bright parallel to the title of the latter theater. Is it coincidence, or a deliberate advertising venue – hard to say. But the 422 representations weren’t just an accident and testify to the success of the play.

A summary of the plot is as follows: three friends suffer from boredom and idleness, until one of them finds out that he will soon become a father, which imposes on him huge responsibility shackles, which he badly doesn’t desire. The second goes to the army, where he was wounded and one limb was amputated, but he meets an amazing girl. The third turns into a drug addict and finds his very gloomy alter-ego, because of which his life is falling apart, but he finds the strengths to kill the dark side, and even gets a job from which he soon begins to be bored.
Release date: 2010
Last Update:December, 02nd 2015