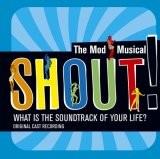 It is an off-Broadway musical, which is a joint product of P. George & D. Lowenstein. One of the main tasks of performance is to surround the audience with atmosphere of 60s, characterized by bright clothes and rock music. The central figures of the play are five singers, who are named according to the color of their attires: Orange, Blue, Green, Yellow and Red. Production is made in atypical for modern time single act.

Play started in 2006. Director's chair has been occupied by already mentioned P. George, choreographer was D. Lowenstein. Producing of the project fell on the shoulders of V. Lang, P. P. Piccoli & M. Schwartz. Starring: E. Crosby, D. Sumerford, J. Evans, M. Arcilla & E. Schroder. Musical quickly won the love of the audience. For obvious reasons, the main bulk of its fans made of women. As for the critics, they praised production restrained, highlighting its atmosphere and interesting narrative style. In particular, columnist of The New York Times B. Brantley called the production a unique musical of Culture of 60s.
Release date: 2006
Last Update:July, 13th 2016