Will Rogers Follies, The review 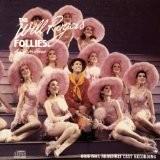 Will Rogers Follies, The review

Showman-cowboy Will Rogers, whose biography was the basis of the musical, hardly remembered by anyone, even if it comes about famous actors of the 1920s. But at his time, the actor was very well known, having made a world tour, during which he was a virtuoso in stunting shows with a lasso. His show about Wild West was on Broadway for some time featuring artists from Ziegfeld Follies variety. After that, Will Rogers had a bright career on radio, where he broadcasted his radio show. A great success came to him in Hollywood – actor starred in 70 films! Rogers was a humorist and social commentator. He had his own column in the daily newspaper. The actor died in 1935 at age of 55 at the top of his popularity. The whole world mourned his departure from life then.

Broadway play about the life of Will was performed in the style of vaudeville show by Ziegfeld Follies with long-legged beauties. Because of this, narrative had become superficial, but thanks to the spectacular costumes, outstanding dancing and wonderful songs, such simplification was almost imperceptible. The musical necessarily had a large staircase, on which descended participants of the show. With the help of illumination, it shone with all the colors of the rainbow, not yielding to the brightness of the girls’ outfits. Wedding scene looks very impressive, when at all stairs was lying an enormously long veil of the bride’s gown. Classic cowboy outfits and lush robes of Indians mixed with fantastic costumes in the style of a variety show, were created from feathers, fabrics and sequins. All the actors performing the role of Will Rogers had to know how to deal with lasso, as these skills were constantly involved in the show.

The splendor and brilliance of the musical appreciated not only by the audience, but also by critics. The Broadway production was marked by many awards. It won 3 nominations out of 5 on Drama Desk. The play received the award as the best musical by NY Drama Critics' Circle. It was three times nominated for Outer Critics Circle. Production has won 6 out of 11 categories at Tony, also awarded as the best musical. Maximum box office for the weekend were received in December 1991 and amounted to 588,483 dollars. The minimum amount per week – $ 173,403 – organizers received in mid-April 1991.

The production is steeped with classic American spirit, which is known all over the world. Enchanting spectacle was reminiscent of the original show of Ziegfeld Follies. It contained political jokes that were shifted to modern realities. The story of cowboy-philosopher has been shown through the prism of show business, which added effects to life of Will Rogers.
Last Update:July, 27th 2016