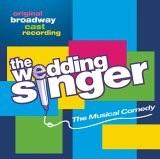 The musical is an adaptation of the eponymous 1998 movie. Screenwriter T. Herlihy helped to develop the production of this spectacular. Musical compositions were created in the style of the 1980s – from pop ballads and rap to rock motifs. The show is steeped with the spirit of the time. It contains jokes, the meaning of which is only understood by representatives of generation of 80s. The theatrical includes two songs from the film, written by Tim Herlihy and Adam Sandler. The creators were able to realize in the show very thin plot, expanding it with intellect, sense of humor and some profanity. Through the choreography, R. Ashford was able to recreate many dances of mid-1980s. During the Broadway premiere, tickets pre-sales were at $3 million-mark. Critics have variously estimated the production. Basically, they received the show well, although there were those who expected more from this piece. New composition resembled the songs of the 1980s, but still they were not them fully. Therefore, those who went to dip into the world of own youth and childhood, have been slightly disappointed. However, the creators managed to make the production pretty attractive.

The theatrical was 8 times nominated for Drama Desk. Also it was nominated for Drama League. The play received 5 nominations for Tony. At the end of the show in December 2006, over the 1 weekend have been received $889,596 dollars to the box office. This was the maximal amount they could receive for the nine-month running.

Romantic comedy successfully survived the transfer to the stage. Due to the strong performers, show was saturated and bright. Some theatergoers have pointed out that Stephen Lynch could not completely withdraw himself from a role of comic actor. In addition, the singer did not look at the stage complete failure, striving to love, whose image has been so successfully embodied in the film by Adam Sandler. Both in the film and in the musical there are merits, but to fully understand them, you need to feel the 1980’s era with all your heart.
Last Update:July, 21st 2016