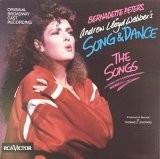 The composer Lloyd Webber described this unusual staging as ‘a concert for the theater’. The first part of the show is an individual musical, the second is a ballet based on a variety of tunes, including ‘Caprice’ of Niccolo Paganini. Andrew Lloyd Webber was inspired to create a play where he knew about the story of the life of his friend, an Englishman who moved to the USA. Producer Cameron Mackintosh offered to combine musical and ballet in a single production, suitable for display on the big stage. At that time, he worked with the composer on another show. Through this approach, two-act production was created. The first part was devoted to the history of a young English woman, the second through the dance told the story of a young American fellow.

The concert for the theater was staged in London for almost two years. Despite its unusual style, the production was well received by the audience. In 1984, the British show was recorded for BBC television – it involved the wife of the composer, Sarah Brightman. To transfer a concert on Broadway, it was decided to revise the show. A. Lloyd Webber invited Richard Maltby, Jr. to cooperate. After receiving permission of D. Black, director reworked the show and added to it a few songs of his own production. Broadway premiere aroused great interest amongst the audience and critics. Despite the fact that many of the reviewers reacted negatively to the idea of the show, the concert lasted more than a year on Broadway. Critics appreciated the performance of lead actress Bernadette Peters. At the same time, they felt that the story of an Englishwoman was too simple for the Broadway.

London’s show was twice nominated for the Laurence Olivier Award. The Broadway production was nominated for the Grammy. It also received three nominations for Drama Desk, where gained 1 victory. Concert was nominated at Tony in eight categories, but receiving only one. The maximum amount of box office for the weekend was received at the beginning of December 1985, amounting to 300,940 dollars. At the end of the show at the Broadway, for the last weekend organizers received $ 151,684. Several of the concert songs became very popular amongst the audience. Recording of West End and of Broadway versions of the histrionics were made later. Despite the negative attitudes of critics to the play, the audience enjoyed the arrangements of A. Lloyd Webber.
Last Update:July, 13th 2016