Princess and the Frog synopsis 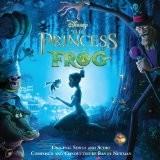 Princess and the Frog synopsis

The action of the musical takes place in New Orleans. It is the year of 1912. We see the mother, who's reading a fairy tale to her little daughter. The story's about Frog Prince. The girl claims, she will never kiss a frog. Then we see a grown-up young lady, who is working as a waitress and has two jobs. She has always dreamt of opening a restaurant and now tries to get money for this purpose. A prince comes to New Orleans with his valet in order to marry a daughter of a wealthy man. Both men decide to visit a witch. But he deceives them – the prince turns into a frog, and his valet appears to look like the prince. The magician wants the valet to marry the rich girl and kill her father.

The wealthy lady arranges a ball. She asks the main heroine to cook for the ball. The girl will receive enough money and will be able to buy a mill for a restaurant. She finds out that there is higher bidder and she can lose chance. The prince asks her to kiss him, thinking that she's a princess. He agrees to give her money for that. But after kissing him, the girl also turns into frog. Both of them run away to the river. There they meet a firefly and an alligator. They accompany them to a hoodoo priestess. They hope she is able to undo their curse. While they are travelling, their feelings develop. The priestess says that the prince must kiss true princess until midnight to break a curse. The magician tries to find the prince with the help of spirits. Demons find him soon after he understands he loves the main heroine. He is brought to witch doctor.

The firefly tells the girl about the feelings of the prince. Then he rescues the prince and finds the charm. The main character gets it, but the witch doctor offers her everything she wants in exchange for the charm. He also kills the firefly. The woman understands his intention and discovers her feelings towards the prince. She destroys the charm. It makes demons angry and they take the witch to their world. The prince and the girl make confessions. The true princess is not able to kiss him until it is midnight, but both heroes agree to stay frogs and be together. The priestess helps them to marry. They kiss and return into their real form, because the main heroine became a princess after wedding. They come back to the city and open a restaurant.
Last Update:July, 06th 2016