Mystery Of Edwin Drood, The synopsis 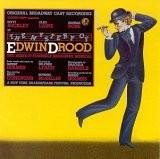 Mystery Of Edwin Drood, The synopsis

Action of the musical is concentrated in the cathedral town of Cloisterham. Sometimes it is transferred to London. The viewer meets the mayor of the town, the chauvinist and patriot Podsnap, the dean, a fan of compromises, and also with the philanthropist who, speaking about love for the neighbor loudly, always thinks of people badly. Cloisterham's boondocks with its numbers for visitors are fleetingly shown in the musical.

Cathedrals are the cities, in which high spiritual ranks make their service. A street boy with nickname ‘Deputy’ lives there. The deputy hates John Jasper, the cathedral regent, the uncle of Edwin Drood. Jasper continually visits mason Durdles: Durdles perfectly knows cathedral vaults, and Jasper makes "strange expedition" with him on these vaults and is interested in keys from crypts very much.

Besides, Jasper teaches music to Rosa Bud, the bride of the kind, but thoughtless nephew. Edwin and Rosa, whom people call Pink Button for her charm and freshness, have to get married. Young people are attracted to each other, but they don't rejoice to the forthcoming marriage. At the same time Jasper, known for her passionate love to Edwin, has a real passion for Rosa. So does Nevil Landless. He has fallen in love with Rosa at first sight and considers that Edwin treats his bride carelessly. Nevil quarrels with Drood on a visit at Jasper. Quarrel has nearly come to an end with bloodshed.

Edwin has arrived to Cloisterham on Christmas. Before it, he came to London as trustee of Rosa. He is very kind and honest person. He presented a ring to Edwin. The guy has to make a choice: if he loves Rosa, he should give her a ring, but if he doubts in feelings to her, he will return a ring to Grewgious. The explanation has taken place. Groom and bride have decided to divorce. Edwin has even not mentioned about the ring. This default has obviously played a fatal role in his destiny. Edwin hasn't told the uncle about a rupture of engagement: Jasper has strange attacks when he worries, and naive Drood believes that such message will terribly afflict him. He charges to Grewgious to execute this business. Then he goes on a Christmas lunch and meets unfamiliar old woman. "Be afraid of the one who calls you Ned", – she says, but Edwin has only laughed: only one person calls him so – it's his loving uncle John Jasper.

After a lunch, in the evening, Edwin left to walk with Nevil and hasn't returned. In several days, they have found his gold watch and pin for a tie in the river. Of course, the suspicions fall on Nevil. He was arrested, but then let out because of lack of proofs. Grewgious, who has learned about a rupture of engagement from Rosa, has reported to Jasper about it. They have decided that Edwin has secretly left the city to avoid gossips. Jasper is shocked by news. He even faints to legs of Grewgious who has reported this important news. But Grewgious doesn't feel sorry for him. The matter is that he suspects the man of Edwin's murder. The same is suspected by Rosa and Nevil with. As for viewer, he is confident that if Edwin Drood is killed, the murderer is Jasper. The musical is interrupted on these events. The destiny of Erwin Drood remains a mystery.
Last Update:May, 16th 2016