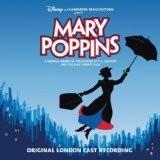 This is the story based on the children’s book. However, it touches very important and serious subjects. It gives us a good lesson, that’s why it doesn’t matter, how old a viewer is. Thus, the first thing that attracts in this performance is the plot. The scenes, which are full of magic and kindness, cannot leave us indifferent. Both kids and adults will love this show. It teaches us, how important is to stay kind, to look deeper into people’s souls and never judge by the visual look.

Another thing, which is essential in every musical, is the songs. They are magnificent. The voices are perfect. Every word makes sense here. Separate word must be said about the decorations and costumes. They are not just beautiful – they are magnificent. There is nothing to surprise that one of the productions got an award for the decorations. Moreover, magical effects made on the stage, deserves our attention.

What concerns acting, every version has its stars. However, the performers in each production did their best. And that’s why the West End version obtained an award for the Best Actress. Nevertheless, there are also critics. Some people might prefer a bit more realism in the musical. And in “Mary Poppins” there is actually more magic. If you are such type of a person, just don’t watch the histrionics. But if you are someone, who wants to remember the childhood and let some miracle into your life, then give this show a try.
Last Update:May, 12th 2016