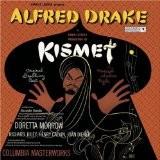 The tale that came to us from the East, inspired by the famous "Thousand and one nights", does not connect the audience with dreary and difficult plot. Simple and cautionary tale ridiculing human foibles and vices, which allows to believe that Madame Fate is sometimes incredibly strong, and good always triumphs over evil. Even if the good is not very good and evil is not entirely evil. All here is like the wise people of the East love. There is no historical value inside. It does not reveal the life of East to people of distant countries who are not familiar with the story, but nevertheless, the atmosphere of the bustling everyday life in Baghdad is actually felt. Maybe the ideas about the East’s life for many generations are too clearly settled in the minds of hundreds of people, but no one can deny the excellent work of costume designers, who have created the real Baghdad on stage.

You cannot clearly attribute the work to the classical oriental tales, rather just to the stories that you can tell to a naughty child or obedient adult. The very focus of the story is on bright and vivid spectacular, noisy, full of variety and significant outfits in numbers, not devoid of the beauty of Oriental dances, performed by beautiful girls. Characters has lack of psychological depth, and the plot does not make to reflect much about what people wanted to show or to reveal. It’s all easy and simply understood. Humor, some lightheadedness and simplicity bribe the beholders. Maybe only the recklessness is not the same fluffy as it was at the beginning, maybe actors were tired of so many productions.

In the newer versions of it, it was decided to change the nature of the Hajj on more reckless and simple in comparison to the original version of the musical of 1911, which only won the viewer's hearts.
Last Update:April, 20th 2016