In the Heights synopsis 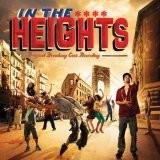 In the Heights synopsis

In the Heights Synopsis - Broadway musical

It is the morning of summer day. The main heroes are being introduced. We see a storeowner – Usnavi, Nina, who comes back from Stanford, the parents, who are searching for a loan to support the business, and a worker Benny – Nina’s love and friend. There is a salon near the shop, where Vanessa (Usnavi’s beloved one) works. She has some financial problems, but stays quite optimistic and dreams of running away. On the behalf of Usnavi, his brother asks her out, she agrees.

Nina tells her parents about a failure at university. The father is really upset, he isn't able to do anything. Nina comes to salon to see Vanessa. There she meets a local gossip girl – the owner. Nina says she has left her studies. At the same time, Usnavi finds out, somebody's purchased lucky lottery ticket. All the characters start dreaming, how they could spend this money. A woman, who's brought Usnavi up (A. Claudia), tells her story. Then she shows viewers, she's one, who has that ticket.

Nina and Benny spend a romantic trip together. Then, during the dinner, Nina’s dad says, he's decided to sell the vehicle service to help paying for studies. Usnavi comes to dance hall with his woman. There, we also see Benny, who's left without job and is extremely angry, and Nina, who's upset. Tension keeps growing. Vanessa and her partner want to make each other feel jealous, and Benny gets drunk. He beats a man, whom Nina's dancing with. Then we see a big fight in that club. The power in whole city goes out. All four characters are standing in the dark club watching each other.

During that time, Usnavi’s brother together with his fellow (graffiti artist) is trying to protect the shop from thieves. They make fireworks. Claudia tells Usnavi, she's bought lucky ticket. We see Benny and Nina quarrelling, but then they kiss. After this, they spend a night together. Today's the 4th of July. Benny worries, what her parents may say about their affair.

Usnavi’s shop’s been robbed. A woman, who has always been a “mother” for him, advises to take ticket and to go back to Dominican Republic (native land of Usnavi) together. He finally agrees. Nina’s dad is furious about her daughter’s relations with Benny. His wife calms him down. Usnavi reveals, who is a lottery winner, and information about his departure. Vanessa’s heart is broken. Everyone celebrates. The father of Nina announces the death of a woman, who’s won a lottery. Nina finally decides to come back to Stanford. A local gossip girl tells everyone that she is going co-sign on the apartment of Vanessa's dream. Vanessa wants to thank her beloved and brings champagne. However, Usnavi isn't able to appreciate it, as he is too frustrated after the death of Claudia – a woman, who has grown him. Benny feels uncertainty about his future with Nina. They stay together till sunset. Usnavi’s brother shows him the mural of A. Claudia. Usnavi's impressed and touched. He decides to stay and says it is his real home.
Last Update:April, 06th 2016