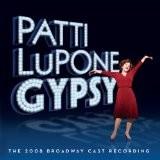 Action of the musical happens in the twenties. Mother and her two daughters, June and Louise, go on tour across America. Rose is very strict and exacting to girls. She forces them to act. Elder sister June is very beautiful and talented. Younger sister is very modest; therefore, she plays a supporting role of the boy-postman. She sings only one song all the time.

Rose lays hopes on girls, but constantly faces with failures. Once she meets the agent and persuades him to become the manager for her daughters. She uses her charm and cunning. Time passes, the girls are already adult. June has an opportunity to act at Goldstone. Louise celebrates her birthday alone. The manager suggests Rose to marry him, but she refuses. He plans to leave.

June, at last, acts in front of the large audience. She is also invited to school of arts, but the mother forbids her to give up performances. Sisters dream of their mother married and threw the career.

On one of shows, they meet the boy, who says to Louise that he would like to create his own project. The girls want to join it. After a while, June runs with this boy. The girl explains that she is too tired of pressure of her mother and tiresome tour. Now Rosa lays all her hopes on the younger daughter.

Louise plays the roles similar to June’s. On the one of performances, she attracts representatives of the burlesque house. Her mother is in despair, but Louise considers that it is better than practically not to have money.

Herbie suggests Rose to leave the daughter and to begin the normal life. She doesn’t agree with him. Before performance, Rose advises Louise that she shouldn't be undressed, she can simply tease a public. At first, the girl sings the song of her childhood. Then she takes off a glove. She also addresses to all audience. These things become her distinctive features.

During the next months, Louise follows Rose's advice and teases public. However, music becomes more and more defiant, and clothes, after all. The girl becomes the main star of a burlesque.

Rose understands that nobody needs her help. She starts thinking about youth and glory, which could belong to her. She is consoled by Louise. They are reconciled.
Last Update:April, 06th 2016