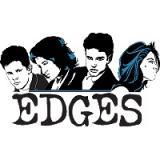 This product is not a classical musical. It is a cycle of songs, so it is not attributed much to classical genre of Musical Theatre (the first performance of which, by the way, took place in the world in 1866, starting a general direction of musicals on our planet). It is a collection of compositions, through which the main characters express their emotions and tell stories of self. In fact, even on the stages of Broadway, there have been numerous examples of such an implementation of the musical, even up to full row of songs without lyrics, that is, they were filled with only music. As a rule, the exhibition does not fall under the genre, if there is no or represented hardly, at least one of the 4 essential components: music, lyrics, dance and acting. It is noteworthy that this work does not have the story in its plot – it's just an emotional presentation colored differently, by 4 singers about what they have experienced during their growing up and finding themselves in life. The stories come from people aged around 20, when intellectually developed people usually experience aggravation of finding themselves in the outside world.

A striking feature of this musical from the rest is its emphasis on the interaction with social networks that are involved in the structure of its plot. It has main 16 songs and about 6 additional. Their amount varies, depending on the version of the show.
Last Update:April, 06th 2016