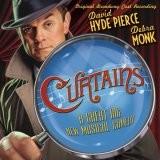 The action takes place in a large industrial city where the new musical called "Robin Hood" is close to completion. Marian part is played by a local diva. In the course of the play, it becomes clear that she is very bad in her role. Having 2 flower balls from the audience, she quickly hides behind a curtain.

Later that evening, one of the co-producers talks to two soloists. They read the unflattering reviews from critics. Only a single review is turned to be good. All are disappointed by heatless critics.

The director reveals that he is going to replace the horrible actress with a new one to save the play. Meanwhile, participants in the histrionics are informed that there were a call from the hospital & one of the actresses died. The theater is visited by police lieutenant with the news that she was actually murdered. And also he believes that she was killed by someone from the troupe crew. And even maybe he or she is still in the building & so isolates it until everything will be considered done. Another actor comes from The Big Apple and the police begin to suspect him, even though he claims that he was with some unnamed woman. Officer was left alone with one of the actresses & has got fascinated by her & hopes that she isn’t an assassin. Then he meets a critic who wrote unflattering review on the histrionics & asks him to watch the show again, with a new leading actress. The critic praises the new work.

The lieutenant tells the actors that the producer blackmailed all the team so that they have worked for a small wages, and recalls that he still suspects all in the crime, but they should continue to play without interrupting regular exhibitions. Once, after the play ended with the final curtain, everyone see the producer hanging on the rope around his neck on stage.

All begin to suspect each other even more. New lead actress says that she will continue to develop the show. Suddenly, a shot is heard from behind the scenes: one of the men-actors was wounded in the arm, but the lieutenant discovers that shooter was a leading actress & she stands forward with a gun so everything decided that she was guilty. She admits that she had found the weapon but no more.

Lieutenant wants to arrest her, but secretly in love with her, and a member of a troupe takes the blame on himself and admits that he loves her & is ready to do anything for her, even to commit a murder. Despite the fact that the lieutenant feels sympathy for Nicky, he realizes that she is hiding something. Studio manager is also killed, and we find as he knew something compromising. Suddenly, one of the troupe comes out with a head in blood, and everyone understand that behind the mask of Robin Hood on the scene another person hides.

Lieutenant solves the puzzle: the murderer is a critic. It turns out that he also is in love with Nicky and does not want her leaving to New York, so he tried to stop the show & she would stay here too. He takes Nicky as a hostage, promising to kill a policeman and tries to shoot, but the gun did not have bullets. The lieutenant captivates him & the show goes on, with a change in the composition of the actors.
Last Update:April, 06th 2016