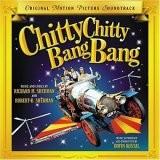 This musical has a list of awards: Laurence Olivier Award – 3 nominations in 2002 and Tony Award – 5 nominations in 2005. Not a single victory, but this is probably the case that it is important not to win but to participate.

In Britain in 2006, it was renewed in the form of a tour on cities, where it stayed until 2007. In 2016, on Christmas, musical should be played in London. Musical drove to Australia that is fond of theatrical producers, in 2012, where it was in Capitol Theatre, Sydney.

Germany was the only country that hosted the performance among other countries, except of Britain, USA and Australia. And it was there in 2014.

This musical holds a rich history, as sometimes happens among musicals. Not often, only in about 5% of the cases, but still. Ian Fleming is British writer, a native of Scotland, which is known to the whole world by his stories about James Bond. Now, thanks to his cultural and historical heritage, film corporations collect a lot of money in the production of these films, every year or every 2 years. Did you know that Ian is one of the heirs and the grandson of the head of the financial and banking corporations whose core business was an asset management? He did not need the money during his life and could easily create. However, there was a time when he tried to do something in the same financial field under the pressure of his family, including a broker position, but did not succeed, because a different path was prepared for him. Goldeneye – was not only the name of one of his most successful novels, but above all, a mansion in which he wrote all his stories about the secret superspy called Bond. In turn, this name comes from one of the species of ducks, the males of which have dark plumage on the head and eyes yellow edging.

The musical is 2002 (as well as its counterpart later in 2005), was based on the book, inclusively based on the movie-musical of 1968, which came out grounded on the book. Its production engaged in the UK, but its rentals were in USA and Canada also. Box office from only USA & Canada was considered when estimating its rentals, so it very may be that with UK's box office it had indeed successfully paid-off.

The original book was written by Ian for his little son to read at night, first in the form of short stories, as often happens, at least Winnie the Pooh may be remembered.

A whopping USD 15 million were spent on the show, and the bigger part of these investments could not pay off on a Broadway, according to one of the producers. Perhaps there was a return during a tour of the city, which was launched shortly after.
Last Update:April, 06th 2016