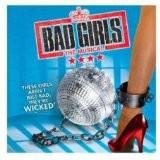 Very rich story about what takes place in prison. According to the directors, everyone are singing and dancing. Let we make allowances for the fact that this is still the musical. By focusing on the story, we note that there is a suicide, multiple – pretty explicit – hints of an act of physical intercourse, which often occur in this evil prison world with a completely corrupt guards. In addition, there are scenes of one-gender physical attraction and love against the backdrop of harsh reality – where even your life, not just some ephemeral human rights – depend on today's mood of your supervisor. However, with the passage of time, little has changed and the prison’s world has definitely remained tough, with the possible exceptions from certain countries such as Sweden, where there are really correctional facilities, rather than the nightmare that is inherent to United Kingdom or to the USA.

It seems that in this musical play only actor depicting Jim Fenner is well – just Goosebumps from his disgusting nature! Most of the rest, as it seemed to us, just depicts some mischiefs. Costumes are bright, but who can really believe that in prison you can afford to wear such outrageous fashions? Though it is clear that even behind the walls, every woman who has not lost faith in herself, and her appearance, will try to look her best and give her gray image, albeit meager, but feasible additions that adorn her. For example, even in a world of zombies, from which a couple of seasons they were hiding behind the walls of the prison, in the best TV serial movie about the post-zombie-apocalyptic world, The Walking Dead, everyone was trying to stand out while remaining herself.

The creators have tried to make the transfer of truthful harsh reality of prison to a musical format by combining and linking comic farce, dances, dialogues and rigid daily. The lump turned psychedelic, not always pleasing the observer because of its vibrant expression of our internal defects that are amplified in a small room for many times.

The characters are different – and those who already understand the nuances of life in the dungeons or the newcomers who does not. There is a struggle for a place (among supervisors) and the struggle within the society of prisoners. In addition, as they are all women, the struggle for "a place under the sun" is much more insidious and assertive than men do.

Some say that this play is the first, which shows the lesbian relations between the main characters. But what is more entertaining – it is not only the almost complete dominance of women in the quantity, but also among those who did the play itself – only 4 out of 17 people are men.

That's right, it seems to us, that this musical did not get to Broadway – the audience could not accept this play and it would be closed more quickly than it was closed in UK. It can be concluded that the bad girls are not so much as guards boys are.
Last Update:April, 06th 2016