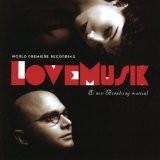 Musical’s script was written by A. Uhry, who based his story on personal correspondence between Kurt Weill & Lotte Lenya. Composer is Kurt Weill, lyrics were created by different authors. Broadway’s staging was performed on the Theatre’s Club scene under the direction of Harold Prince. Choreographer – P. Birch. The first preview was on April 2007. The premiere of the musical was in early May 2007 at the Biltmore Theatre’s stage. After 60 runs, the show was completed in late June 2007.