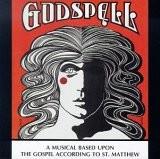 The foundation for this theatrical was a book of well-known American director, John-Michael Tebelak. It was adapted for a stage by Stephen Schwartz.

For the first time the show was seen as not musical performance in Cafe LaMama, where it passed ten revisions. The musical turned attention of the English producer and the owner of many awards, Edgar Lansbury and several more famous persons. After that it was staged as Off-Broadway in spring of 1971. The Cherry Lane Theatre became a scene of action. However, after a while, it was transferred to other theater. Histrionics lasted for five years and their quantity passed over two thousands. Tebelak became the director, and the initial cast included ten people, among whom there were such famous actors as: David Michael Haskell, Jeffrey Mylett, Sonia Manzano and others.

A year later, the musical opened in the Royal Alexandra Theatre, in Toronto. All actors were native inhabitants. The show was moved to other theater and lasted nearly a year, with a record number of performances for the local theater, which almost reached 500. The play in Toronto brought popularity to many actors and made them demanded.

The theatrical on the Broadway for the first time took place in 1976 in the Broadhurst Theatre. Telebak was helped by the musical director, Steve Reinhardt. Among the main performing company, there were such actors, as: Lois Foraker, Don Scardino, Laurie Faso and others. Later the musical was transferred to other theaters, where it was closed one year later, having passed several previews and more than 500 plays.

The second Broadway’s performance opened more than 30 years later in the Square Theatre. Daniel Goldstein was engaged in direction, and dancing acts were made by Christopher Gattelli. However, the musical received the extremely negative comments and a low rating by estimates of critics. Show was closed a year later.
Release date: 1971
Last Update:March, 09th 2016