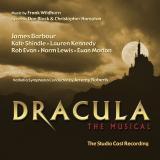 The premiere of the musical took place in 2001 in La Jolla Playhouse, as a pre-Broadway shows, and then in 2004, it was the launch in Belasco Theatre on Broadway. Lasted just for 157 regular performances, the frustrated blockbuster was forced to shut down due to a drop in ticket sales. The actors in it were: T. Hewitt, M. Errico, D. Ritchie, S. M. Henderson, C. Hoch, D. Stephenson, K. O'Hara, C. Wagner & E. Loyacano. Production was held after in many cities of USA (in Florida, for example) and also in other countries. Its premiere in London took place at The Lowther Pavilion, in 2010.