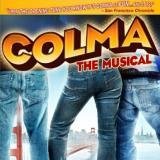 The musical-film that has a very low budget is a debut work of director H. P. Mendoza. So much so, that it seems as if the creator had no professional equipment at all. He also starred in one of the main roles, and worked as operator and as an editor. The musical has 13 songs and they are all written, performed and recorded by producer / director H. P. Mendoza. Lions Gate Entertainment was the company that in partnership with Mendoza performed the release. The premiere took place in 2006 in San Francisco, at the local film festival. That isn’t surprising, because the whole film was shot mostly in the wonderful suburbs of city called Colma, suburb of one, and several scenes – in San Francisco itself. Three Special Jury Prizes went to film only because of its active promotional campaign organized by – you guessed it right – Mr. Mendoza. Wide release took place in 2007. It is not known whether the creation paid off commercially, but with some probability, yes.

H. P. Mendoza wrote the original script for the film as a birthday gift to his friend, Richard Wong, who later co-produced with H. P. Mendoza making the film. In just 7 days, the scenario adaptation has been prepared at the request of Wong. The film shooting was done in 18 days, while editing lasted for several months. The budget had not been three dollars, but also ridiculous – USD 15.000 and was sold to Lions Gate Entertainment and its distribution company has become Roadside Attractions.

Release on DVD took place in 2007, which included deleted scenes and director's commentary. Adoption of the film was largely positive, with a rating of 90% on Rotten Tomatoes. In addition to those already mentioned Special Jury Prize, the film received a Gotham Award and Independent Spirit Award, in special categories.
Release date: 2006
Last Update:January, 13th 2016