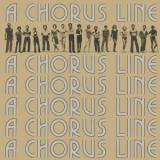 Initial study of the musical began in early 1974, when the idea arose to combine several Broadway actors that were dancing tap dance. They originally wanted to join some professional group to dance in productions on Broadway.

Michael Bennett, who was invited to be the director of this process, several years after sued over the rights on the entire musical for a long time, because of the great efforts that he has spent on it without an official adoption on the position and considering this piece only his work, not belonging to other creators (which were 5). Marvin Hamlisch was the author of the score. This musical was nominated for 12 different Tony awards, among which was also Best Musical. In 1976, the show received the Pulitzer Prize for Drama, which is very rarely happens for musicals since this Prize is awarded for the best narration of drama & musicals are very, very not often have this advantage.

At the time of its closing, the show was the longest in the history of Broadway, until it was surpassed by the following stagings – Cats, The Phantom of the Opera & Les Miserables. One of the founders of this musical even said that Cats surpassed A Chorus Line in figure artificially, distributing tickets to the right and to the left so a show only to suppress the record of exhibitions before its closure. There is, however, no doubt in two other ones, because they have crossed this figure long ago. In addition, two more shows at the moment – The Lion King and Chicago – also surpassed the record, and is still played successfully; their halls are always stuffed with people.
Release date: 1975
Last Update:January, 13th 2016