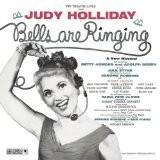 Broadway hosted this production in 1956, and the film was also shoot, 4 years later, in 1960, for which the plot was taken from the musical. Jerome Robbins was a director and choreographer, and Bob Fosse assisted him. Shubert Theatre took the staging for more than 2 years, which can be considered as a great success, because musicals rarely last more than for 1-2 seasons. Alvin Theatre is also distinguished by the fact that was a host for the play. The total number of shows was 924. J. Holliday, S. Chaplin were in the lead roles. The rest of the actors were: B. Garrett, D. Sanders, E. Lawrence, J. Weston, G. S. Irving, P. Gennaro & J. Stapleton. The costumes were made by R. P. DuBois, and P. Clark was responsible for the lighting.

Columbia Records issued a record with music. West End saw the musical at the end of 1957 and there it went for nearly 300 shows with these actors: A. McLerie, J. S. Clair, J. Blair, E. Molloy & G. Gaynes.

After 41 year from the film, in 2001, returning to the Broadway took place in Plymouth Theatre, where the director was Tina Landau and Jeff Calhoun was making choreography. But the reviews were bad about it, and growing discrepancies between actors (D. Garrison, M. Kudisch, F. Prince & B. Fowler) and makers of the show contributed to its early closure after only 104 performances.

In 2010, there was another attempt to restart it, this time in London – and lasted only for a few shows that can be considered as a successful pre-premiere staging. In the wake of success in the UK, in 2010 production was held in the New York with restrained success, as positive feedback only the main actress received. The musical itself has not caused a huge wave of positivity because it was resurrected without re-thinking – and a new generation even theoretically wouldn’t be familiar that there were such an engineering marvels as telephone companies where real people worked and overheard someone’s talking. And also that the alarm wasn’t on your smartphone but is might be a phone company’s worker.
Release date: 1956
Last Update:December, 09th 2015