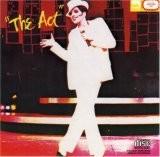 At first, this musical was at the tryouts in various cities of USA, among which there were Chicago, Los Angeles and San Francisco. After fifteen weeks, it has been decided to open it in Broadway. It was done in 1977, in two days before the October’s ending. The Majestic Theatre was a host of this show and it lasted for 233 ones. It also has 6 previews. Magnificent Italian Martin Scorsese was a director of this. R. Lewis was a choreographer and spectacular Barry Nelson was also starred among others. He is the first actor who officially acted famous Agent 007, James Bond of MI 7. This character, by the way, never was popular before the 1961, till the time when John Kennedy mentioned this book as one among his beloved ones. So everyone started to buy this book and read it and thus Ian Fleming became popular. His visual prefiguration was very famous Hoagy Carmichael.

So, back to the plot of this musical piece, we must say that it was one of things that were written specifically to reveal the talents of Liza Minnelli, who is somehow very amused the world at that days and everybody were so very excited about her. What’s the issue? We cannot say now, as too much time had passed.

The New York Times was sung many praises to her play. There were almost no bad opinions about her acting. Nevertheless, many of actors of other roles hated Liza, as she took everything on her and boycotted performances, so as many as 10% of total ones were just derailed. Investing lots of money additionally in production and paying-off the tickets to the viewers were eventually totally disastrous for a play and it was shut off.

Collecting USD 2 million at the pre-sales, which was that time best pre-sale number for the Broadway’s show, eventually it grossed less than zero thanks to such rails-offs.
Release date: 1977
Last Update:December, 02nd 2015