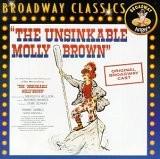 Initially, the foundation of the theatrical’s story was a journalistic legend of the rough woman, who knew several European languages, could swear as a miner, and spend many hours in the lifeboat of ‘Titanic’. Were created various newspaper stories about Margaret Brown.

Later, writer Carolyn Bancroft, based on these journalists’ materials wrote the brochure ‘The unsinkable Molly Brown’. In fact, it was the description of real life of Margaret, thickly overgrown with fictional stories. Then there was a radio show based on this book, and as a result, the Broadway musical was created.

Composer and lyricist R. Meredith Willson managed to give playful music notes to many parties and make this epic story funny and comical. It took only 1 preview to show was approved. It successfully launched in November 1960 on the stage of Broadway’s Winter Garden Theatre to be shown to the general public with T. Grimes, H. Presnell & J. Harrold in the lead roles. Giving altogether 532 presentations, T. Grimes earned Tony Award in the category of best actress in a musical, and in 1962, the show was closed.

However, shortly afterwards, in 1964, came out the eponymous film in the genre of musical comedy, but with Debbie Reynolds in the title role. The film was nominated for Oscar and Golden Globe Awards. In 1989-90, the play took part in the national tours. In London’s West End, it again saw the light in 2009 with A. Finley in the title role.
Release date: 1960
Last Update:July, 25th 2016