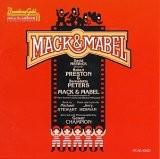 Musical Mack & Mabel based on the book of the famous writer M. Stewart. Music & lyrics written by most demanded composer of 70s, Jerry Herman. In the center of the plot are the relationship between Hollywood director Mack Sennett & rising actress Mabel Normand, which subsequently will become his main star. By means of this show, creators were trying to find an answer to the question, is there a place left for love in the film industry, or such a relationship is doomed to failure.

Broadway premiere of the musical was held at the Majestic Theatre in October 1974. Total 66 plays & 6 preliminaries were delivered. Integral components were beautiful scenery & costume design. It engaged R. Wagner & P. Zipprodt. Exhibitions of Mack & Mabel lasted for nearly two months. The official date of ceasing the show is November 1974.

Production has received many good reviews from both audiences & critics. There were also nominations for Tony. In particular, it has been presented in the following: Best Musical, script, choreography, best leading actress, best lead actor & design. Unfortunately, the production could not win in any of these categories. Particularly composer Jerry Herman was upset. Many artists have noted his excellent work. Herman blamed musical director in this. According to him, he did too little to promote their creation.
Release date: 1974
Last Update:May, 16th 2016