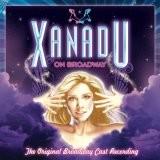 At the heart of the theatrical is the eponymous film of 1980. It was created based on the film ‘Down to Earth’, filmed in 1947 as a continuation of film ‘Here Comes Mr. Jordan’. The film of 1941 was based, in its turn, on a play by playwright H. Segall. The name of the musical was taken from poem ‘Kubla Khan’, which is the name of Chinese province. The play included the music hits of the original motion picture. Appearing in theaters, this production hardly had collected the costs to return its production expenses, but due to the excellent soundtrack, it was recognized cult. D. C. Beane said that while adapting the libretto for a play, he was impressed by fiction film ‘Clash of the Titans’, which contributed to the appearance in the show malicious sister-muses and angry thunderer Zeus. The main role was planned for Jane Krakowski, but after participating in pre-production, she refused to cooperate further, due to her workload in TV shots. Attempts to replace her with more famous actress failed. As a result, the party of Clio was offered to Kerry Butler. The organizers have decided to make the histrionics in the chamber format to show their vision of the original film. Helen Hayes Theatre, accommodating 597 seats, perfectly suited for the display.

Broadway premiere has been postponed due to injuries of lead male actor – James Carpinello injured his foot riding on roller skates. Prior to his recovery, role of Sonny played Cheyenne Jackson. Production has caused much controversy in the production stage, so the show attracted the attention of viewers and critics. After the premiere, reviews were mostly positive. Many agreed that, despite the stupidity of libretto, the show turned out fun and compelling. Separately has been noted the acting of Kerry Butler – the young actress managed to show her comedic talent on stage perfectly. Critics also not left unnoticed Broadway veteran Jackie Hoffman, who embodied Calliope, muse of epic poetry and eloquence, as well as the goddess of love Aphrodite. Musical earned four Tony nominations, but despite active public relations campaign, could not get any. The production was 6 times nominated for Drama Desk, winning 1. The show has been also nominated for Drama League. It was presented with Outer Critics Circle Award as the best new musical. Minimal box office per week – $ 122,281 – was received in the first week of preview. The organizers received maximum amount in late November 2007 – it was 460,130 dollars. Being a parody of the original film, this histrionics gently raises the question of the right choice between spiritual and material values.
Last Update:August, 03rd 2016