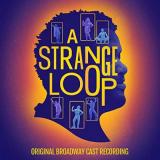 A Strange Loop is a wild ride. In a Broadway landscape dominated by shows that often seem designed by corporations for audiences of focus groups, Michael R. Jackson’s musical is the defiant product of a single and singular authorial vision. This wide-ranging intravaganza takes a deep dive, often barely coming up for breath, into a whirlpool of ambition and frustration as Jackson's seeming alter ego—a queer, Black writer-composer named Usher (Jaquel Spivey)—struggles to define himself amid traps of sex, race, family, body image, religion and entertainment. It’s screamingly funny and howlingly hurt, and it’s unmissable.

Smartly directed by Stephen Brackett, the show caused a sensation in 2019 when it premiered at Playwrights Horizons; now, after multiple top-ten lists and an armful of honors (including the Pulitzer Prize for Drama and a New York Drama Critics’ Circle Award), it has reached Broadway without compromising its conflicted, challenging, sometimes actively family-unfriendly content. The songs are welcomingly tuneful and clever, but as Usher warns us in the opening number: “A Strange Loop will have Black shit! And white shit! It’ll give you uptown and downtown! With truth-telling and butt-fucking!”

All of that is true—including, graphically, the last part—but it barely begins to describe the show’s discombobulating melange of anger, joy, neurosis and honesty. In this very meta musical, Usher is the only real character: the unstable “I” of the hurricane. As he works on a musical titled A Strange Loop (which, in the show’s structural mise en abyme, may be the one we are watching), he is assailed by his Thoughts: a six-person chorus of inner saboteurs with names like Your Daily Self-Loathing, who breeze by to remind him what an unlovable failure he is, and to goad him into writing more commercial Black fare, whether by pandering to stereotypes (“So write a nice, clean Tyler Perry-like gospel play for your parents please”) or playing to accepted narratives about Black suffering (“You need to make it be about slavery or police violence so the allies in your audience have something intersectional to hold onto”).

In its campy opening number, choreographed with flair by Raja Feather Kelly, A Strange Loop seems to introduce itself as a variation on shows like Tick, Tick…BOOM! and [title of show], which explore the pressures of making a musical with knowing winks to other shows. When the Thoughts gather around Usher, calling his name—which is also his job, seating patrons at The Lion King—it recalls the opening number of Company, when Bobby’s friends call out for him. But, tellingly, the musical doesn’t show Usher with any friends. His universe is profoundly isolated. He defines himself as queer, black and creative, yet we don’t see him find support through any of those communities; they’re just categories through which he feels excluded.

His religious family, in the name of love, tells him he’ll go to hell, and the “sexual marketplace” is no more welcoming: We see him navigate the chamber of whores that is the online dating world, where his attempts at contact are brutally dismissed (“Too black” “Yr dick 2 small” “Too fat” “Too feminine”), and a demeaning hookup with a daddy in Inwood ends in self-loathing. Yet the show avoids mere navel-gazing plaintiveness. It’s self-referential but not self-reverential, and Usher’s shame spiral is rendered in ways too complex for easy categorization.

Jackson has made minor edits to the show since its Off Broadway run, but the biggest change is in the central casting: Originated by Larry Owens, Usher is now played by Jaquel Spivey in a strong Broadway debut. Although he doesn’t have Owens’s prickly self-assurance or his sometimes scary rawness—his Usher seems younger, less sure, less fully formed—he has a sensitive presence and a beautiful voice. And the six original Thoughts remain the same, and provide terrific support for Spivey even as they undermine his character. All deserve mention by name: They are Antwayn Hopper, L Morgan Lee, John-Michael Lyles, James Jackson Jr., John-Andrew Morrison and Jason Veasey. “I’m into entertainment that’s undercover art,” sings Usher of his ambitions for A Strange Loop. Jackson’s musical delivers on that promise. The COVID shutdown had a lot of us holding our breaths that Broadway would dare to offer something bold and new when it came back. This is the musical we’ve been waiting for.
Last Update:July, 18th 2022