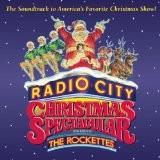 The action of the musical starts in a forest, which is full of snow. It is located in the North Pole, where Santa lives. Here we see a music band, the members of which are going to travel to New York together with Santa Claus in order to take part in a music show. He finally arrives, and they start their journey to Radio City Music Hall. After reaching the place, they introduce themselves by performing a song during an annual competition, where more than 140 other performances take part.

We see a little girl, who is dreaming about toys. In front of her eyes, the group members turn into wooden soldiers. Then we see the busy streets of Manhattan. Christmas is coming and everyone has some things to do. The band is boarding their bus in order to go for a tour across the city. They appear in the Central Park and on the Times Square. The nest scene is in a large department store. There we see Santa, who meets a little girl with her mother. They are looking for a special doll as a present for the girl. Santa feels really sorry that he cannot be everywhere at once to help every child. Suddenly the blizzard takes all of them to the North Pole. In this wonderful place, they meet Santa’s wife and elves. They also have a chance to see mesmerizing decorations.

The music band, the mother and the little girl are enlisted for the video game by Santa Claus. They have to face gingerbread army, an enormous monster, made of ice, and a final boss – the King. They come back to New York. The girl gets her present. Her mother understands that there is a more important gift inside her heart.

The hall. Where the group has been singing, is transformed into the magical winter wonderland. The audience also sees a traditional scene of the Crist’s birth in this performance. Mary and Joseph are presented as well as three wise men.
Last Update:July, 12th 2016