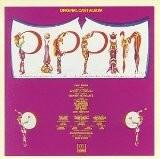 In 1970ies, a new star appeared in the theater world – his long way began composer & lyricist S. Schwartz. He tasted the glory from staging his first brainchild, and for the next was already looking for a producer – the play about the son of Charlemagne.

This musical has become a real boon for people who were tired of the monotonous music and similar dancing. The histrionics felt fresh, and the actors did anything to surprise the beholders, making them watch it with the mouth open from delight.

A special salt of this show was in the wandering troupe of actors led by Narrator, who spoken directly to the viewer, submitting the story of the son of the king in the spirit of commedia dell'arte. When Mr. Fosse connected to this work – one of the best directors-choreographers – in the musical added his main attractions – the irony and erotica. That explains the presence of the rather long scene where Pippin plunges in sensual pleasures with a lot of women trying to find his life purpose. Isn’t it weird – to try to find own way, diving headlong into the communication, leading to nowhere? Interestingly that originally old Narrator in the musical has become active and young. And now his role has consisted of not only to comment on the events, but also to tempt the protagonist, like Mephistopheles.

This story is about finding own way of life, about attempts, ups and downs. It would seem that the main actor have had all the qualities to achieve the desired goal: youth, beauty (incidentally, the real historical figure of Prince Pippin was endowed with a physical disability – a hump on his back), and aspirations. However, he was too keen on searching for some higher purpose, fame and recognition. But the journey, in which he was to find himself, shows that many things didn’t fit him. Tests with vanity, lust and power, fully in the spirit of medieval morality plays, allowed the hero to realize that true happiness is not money, power or recognition. True happiness was for him a simple life, devoid of frills, full of ordinary pleasures. Everyone should find his path and one variant of this kind of search was exhibited to beholders in this play.
Last Update:March, 01st 2019