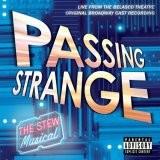 Storyteller told viewers about a life story of the search, which was carried out by Afro-American adolescent in the late 1970s named Youth. He was the representative of the mid-class of America. He lived in LA’s South Central. Being a teenager, he began searches for true reality. The young man turned for some time to such religion as Zen Buddhism, which did not like his mother who brought up her son alone, as she was prudent Christian. Despite the attempts in finding a new faith, Youth had to visit the Evangelical house of Christ. The boy has been touched by singing of the local band. He began to compare the gospel to rock'n'roll.

Youth began to save money to travel to European countries – the young man had hoped to develop in the Old World as a musical artist. He wasn’t stopped neither by the disapproval of the mother nor by the people around. Soon he went on a journey. Arriving in Amsterdam – the city, where drugs & sex were widely available – the young man became acquainted with Marianna. She invited guy to live together. Settling at hers, Youth started seeing other free craftsmen. Gradually, the young man realized – if he cannot complain at least on something, he won’t be able to create songs. So he has decided to go to the capital of Germany & left his girlfriend. She said that she no longer wants to see him.

He joined the youth during the May uprising in Berlin. To be accepted into the community of the poor artists, the young man had to lie about his well-being (he said that he was poor). This way the young man joined the Nowhaus. Their leader was girl named Desi. Soon she became a new acquaintance of our pal. She explained that in our existence the only valuable thing is love. The new friends treated our pal and his creativeness very well. Because of this, for the young man it was more & more difficult to admit in his fraud. Desi felt Youth was hiding from others own real face. The boy was irked because of calls from his parent. He wasn’t in a hurry to visit her, despite the fact that Christmas was coming. All participants of Nowhaus went on holiday to their beloved ones & families. Because of the different views on love, Dasi had a fight with our pal & she went away from the musician.

Time passed & now the young man was at the funeral of his mother. It turned out that the narrator was more adult version of Youth. He had already gone through moments of his youth, but still remembered them. By that time, the young man realized that through art, he is able to resurrect the spirit of his mother – his work will help him do it. At the end, only the narrator remained on the scene. He explained that only love is beyond reality. That's what Youth was trying to understand, making his long journey.
Last Update:July, 06th 2016