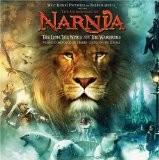 At the core of this performance is famous work about the journey of four children in a magical country named Narnia. History reveals that siblings’ passage to the wonderful world can be hidden in any place, even in such an unexpected like a wardrobe of the old house (which is the allegory stating that the true way to the Faith can be found in very unexpected places). Escaping from the war, children were trapped in a fairy tale, but it was not perfect at all. The evil Witch took advantage of the long absence of a legitimate ruler Aslan and captivated the governing of the country. She turned all haters into statues. Because of witchcraft of her, eternal winter settled in Narnia. But there was hope for the liberation of the inhabitants of the magical kingdom. According to the prophecy, one day two men and two women shall come, who are destined to not only overcome the evil witch, but also to become the future rulers of Narnia.

When the prophecy began to realize, Witch has done everything to capture and kill the dangerous guests. She managed to bewitch Edmund, using negative aspects of his personality (by means of this scene the struggle between our dark side of the soul and our wish to reach the light, as Bible understands it, is depicted). But it did not help the Witch to get to the other children. The nobility, honesty and friendship – bright sides – were their constant companions, which allowed to resist her. Despite the treachery of their sibling, they did everything to save him. Help came from Aslan, who returned to govern in his country. Lion was filled with love and patience, so he was able to forgive Edmund, when he was released from the captivity of the evil queen.

After having a conversation with the true ruler of Narnia, the boy changed – Aslan words settled in his soul. When a lion went for death instead of a child (here the sacrifice of god’s son Christ for the sins of humanity is clearly visible), Edmund completely rejected the negative aspects of his character. In fairyland, there was magic, which prevented the loss of innocent creature. Having overcome death, and then the evil queen, Aslan showed everyone who the true ruler of the land was. The main part of critics says that this image of Aslan – it was a Christian Lord and the Witch was the Devil. A struggle between them and forgiveness of Aslan for this child, who temporarily lost his way, reveals the nature of such a pure thing as forgiveness in Christianity.

Thanks to the efforts of the authors of the musical, magical Narnia can be seen in reality (and for several years – in cinemas. Films about this story collected huge box offices). Amazing music helps to plunge into the fantasy world populated by talking animals, representing fairly understood sides of human essence – someone helps and someone reveals only hatred. Taking a trip to Narnia is possible without a quest into the wardrobe – this play places us in this tremendous tale.
Last Update:May, 31st 2016