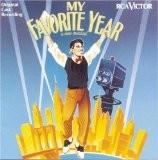 Musicals managed to win several major theater awards including Tony, Theater World & Drama Desk. In particular, actress A. Martin has been awarded with two prizes at once. The reaction of critics was not so supportive. Columnist of The New York Times F. Rich called this creation a missed opportunity to glue a truly high-quality comedy. According to him, the show looks very noisy and has a relatively flat music. A similar idea expressed in publication of Time Magazine, briefly describing the production as barren Broadway musical.

Many people wonder why despite the existence of numerous awards and nominations the musical has rather weak ratings. The main reason – the creators of this project tried to fit it in the frames of film of 1982. But the movie and the scene are different art forms, which need separate approaches. At the disposal of the movie, it was one of the best actors of the 20th century, Peter O'Toole, with his incredible charisma and skills. There was much less opportunities in spectacular. But at the same time, it should be noted that the absence of a vivid artist has given a chance to prove themselves the rest of the actors. Andrea Martin managed to receive two prestigious awards. L. Kazan perfectly played a role, but she had not been able to get the cherished statuette – she landed with the nomination only.

It is evident that the director R. Lagomarsino in most episodes preferred to use the whole cast. One or two artists on the stage appear rarely. This can be seen only in the middle of the musical, at the time of meeting of Benjy and Swann. In the rest of the scenes dominates mass usage of a variety of images, scenery, choreography and vocal elements from a pile of actors. All of this is manifested best during the execution of the composition ‘Twenty Million People’: there were more than 20 people on stage, singing and dancing. For such techniques, the creation received a considerable portion of criticism. However, this may be loved by fans of improvisation and welter on stage.

Musical accompaniment also causes mixed feelings. It sags quite often and that’s why it is really hard to understand the atmosphere on a scene. Therefore, comic component of production loses a lot. This is clearly illustrated by the song ‘The Duck Joke’. The latter was created in order to cause the sincere laughter, but eventually raised only a few smiles. The only bright moment of the show is the background music. During its creation, S. Flahery slightly shifted away from the main theme of the histrionics and added to it a certain touch of drama. As a result, piano composition named ‘Larger Than Life’ appeared. It is considered the main decoration of this ambiguous creation.
Last Update:May, 16th 2016