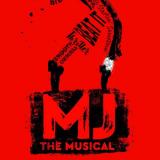 A show isn’t a deposition; a musical isn’t a witness statement. A series of songs, strung together by a combination of managerial and commercial interests, isn’t an argument. But there’s something about MJ, the jukebox bio-musical about Michael Jackson, that definitely feels like it’s squirming under cross-examination. In the moments between its big production numbers, it deflects; it distracts; it ducks and takes the fifth. It opens its mouth and drops out blather so anodyne, so contorted and textureless and blob-like, it barely resembles speech. Only the music and movement in MJ work — the show’s Michael, Myles Frost, glides and hip-rocks through a physical impersonation that operates above and beyond the show’s own ugly logic. Remember who Michael Jackson was? Not everyone wants to; certainly not everyone agrees on how to do it. But remember how he moved? A dancer who can actually inhabit and electrify those shapes — the chest tucked into rigid concavity, the kung fu leg striking out — still has power.

In a giant rehearsal room, backup dancers and singers stretch and mark their choreo. “Five minutes to Michael!” the stage manager calls out, and these aimless movements take on crackle and focus. His name runs among them like a current, as it does in the audience. Even a through-a-glass-darkly version of Jackson is enough to thrill his fans; there’s a bit of the old arena feeling in the crowd, a little of that icon-worshipping hunger. The band hits the familiar Synclavier notes from the introduction of “Beat It” (bwoinnnng, bwoinnng … BWOINNNG, BWOINNNG) and Jackson ambles meekly through the rehearsal-room door. Someone takes his jacket, we register that he’s a whisper of a person, and then, on the downbeat, he is suddenly front and center in front of his army of dancers, his white shirt open, wind coming from somewhere, his body snapping and billowing like a ship under sail.

This rehearsal room is the home base of MJ: It is its present day, its safe space. Here Michael and his concert director, Rob (Quentin Earl Darrington), talk about choreography (“that’s the smelly jelly!”) and whether or not they can afford a toaster lift, while a pair of fly-on-the-wall MTV documentarians (Whitney Bashor and Gabriel Ruiz) videotape the magic. Whenever they ask Michael about his past, he helpfully flashes back, first telling them about his childhood (Darrington transforms into his brutal father, Joe) and then mechanically reciting those parts of the Jackson Passion — the appearance on The Ed Sullivan Show, the move to Epic Records, the Grammys — known by all his faithful. The youngest version of Michael (there are two kid actors; I saw Christian Wilson) and his teenage self (Tavon Olds-Sample) bear up under the pressure of being a gold mine first and a child second. It’s telling, though, that each successive Michael stands a little less straight, till we get to Frost, who curls his shoulders defensively, half in retreat even if he’s moving forward.

Sometimes we hear numbers as part of these flashback scenes; others are part of the rehearsal. And although you can’t say every song is a killer, most of them are. The song list has more than two dozen pieces in it, and several of them take you up out of yourself and fling you around like a rag doll. Lyrically, they can cloy (“It don’t matter if you’re Black or white”) or baffle (“Annie, are you okay, are you okay, Annie?”) or sort of cloy-baffle (any part of “Earth Song”). A handful — we hear “Thriller” twice — are also the best pop songs ever written. Their rhythms, elegance, and kinesthetic fever burn and burn, and as long as Frost isn’t talking, he burns, too. The gap between the dull-as-dirt narrative sections and the musical performances is a fissure the show keeps falling into, throughout the night. Perhaps due to pressure exerted by the Jackson estate, or perhaps because of deeply held beliefs by the creative team, the scenes bend farther and farther away from normal dialogues and into weirdly Dear Leader-ish assertions. “The way you imagine the world is so … beautiful,” says Rachel, the documentarian, as one does. “I didn’t know what to expect when I met you.”

The book writer Lynn Nottage, the director-choreographer Christopher Wheeldon, and the producers (there are dozens of these, including Sony Music) know that Jackson’s reputation is a radioactive issue. MJ is principally set in 1992, during rehearsals for the Dangerous tour, allowing us to see his perfectionism and punishing work ethic. It is not a coincidence that 1992 was also the year before Jackson’s first child-abuse accusation. When the documentary crew asks Jackson to respond to “allegations,” Nottage’s characters are referring to the public conversation about his changing skin color and rumors about sleeping in a hyperbaric chamber. This little sleight-of-script is not the smooth move they hope it is. The audience is listening in 2022, so any mention of “allegations” will immediately stink of child endangerment, Leaving Neverland, and the continuing questions about his relationships with boys. Early in the show, Michael grabs a child’s hand, and several of us reared back in shock. No, no, the show reassures us. You’re thinking of 1993. The big scandal here was the hyperbaric chamber. Okay.

Is it possible to make a show about a man whose memory dwells under deep shadow? Of course it is. But you do then have to make a good show. MJ is a Frankenstein’s monster constantly tugging apologetically at its forelock, making a pretense of telling Michael’s story while loudly and pointedly bracketing which parts of the story are available for sale. Jackson’s lyrics often contain complaint and justification, and the show picks up his frustration with the tabloids (there’s a requisite ensemble-in-trenchcoats number to symbolize the press behaving badly), while also using MTV journalists to frame and structure the story. The “plot,” so much as it exists, involves the documentarians overhearing troubling conversations about Michael’s dependence on painkillers and their decision to use this information. Oh? It’s important to include the dark sides of a man’s character when you tell his story? The irony is so ripe here it has rotted.

Nottage is having a huge season. A Pulitzer Prize–winning playwright, she just closed Clyde’s on Broadway and just opened an opera version of her exquisite 2003 play Intimate Apparel, but here she writes … dreck. If there is a scientific experiment to discover whether or not a jukebox musical ruins even our greatest playwrights, this is it. Perhaps it would have been better just to let her go free. MJ wants to be a concert so much — freed from narrative, it could just be bop after banger after blockbuster, the Beatlemania of our time, animated by Myles Frost’s uncanny portrait. Every moment when people are speaking instead of singing feels wrong. As a concert, it could simply elide all those inconvenient and tragic elements of the Michael Jackson legacy. So why isn’t it one? Maybe the forces that pushed MJ onto Broadway thought a concert by an impersonator, no matter how gifted, would be tacky, and a playwright would give it class. But theater has a way of holding up a mirror to things — and when you look into its unforgiving reflection, it’s not just Michael in there, looking out at us.
Last Update:February, 03rd 2022