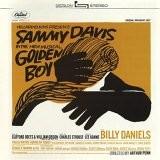 The story narrates about the young man from Harlem, whose name is Joe Wellington. He goes in for boxing to gain authority among his area, though his family objects to a similar hobby. He falls in love with a girlfriend of the manager, Lorna, and the man takes this opportunity. He knows that Joe would be an excellent fighter if he given completely to process, and convinces the girl to go to a ghetto and talk to him. As a result, Lorna induces the man to a trip with the purpose of improvement of his skills.

Over time, Joe becomes more and more famous. It draws attention of the influential patron by the name of Eddy Satin, which wants to redeem him. The boxer has to make the decision: to leave for him or to remain with Tom as the last doesn't want to give back the happy ticket. Showing to the main character his power, Eddy organizes a large-scale fight for him in New York.

Before the fight, Joe has a talk about his feelings with Lorna and admits that fights for her. He offers her to be with him, or to stay with Tom. The father of the man persuades him to refuse the battle, but the son captivated by thoughts of remuneration in case of a victory doesn't obey him.

After the boxer's victory, his new manager organizes a smart party in his honor. He awards Joe, generously giving more, than he had to, because of his future victories. Tom realizes that missed such a fighter, and asks Lorna to talk to him once again. She finds the man, they converse in an open and frank manner and it appears that their feelings are mutual.

Hearing that his girl wants to break with him, Tom threatens her with suicide, and she has to refuse to beloved. Fight with the strong opponent approaches. The father of the boxer feels internal depression of the son, edifies him to fight as he did it earlier. Joe fights desperately and cruelly in spite of the fact that firstly the rival surpasses him.

During the celebration of Joe's win, he suddenly learns that killed the adversary. All sincere experiences inflame in him again. He remembers the words of his father and despairs, after all he never wanted to injure or to kill anybody, he simply fought for the sake of remunerations. Suppressed, he presses on the gas of his car, finishing the list of the victims with his own name.
Last Update:April, 06th 2016