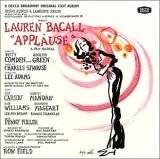 Margo Channing. Around her, as around the pivot, the whole plot revolves. It is a character that is typical for Broadway and for the theater’s world in general – superlative theater actress, who is very smart, talented, charming, beautiful, and in general is in her heydays. In few words, at the top. Not wanting to even think about that someday will be the sunset. She is now bathed in the glory and admiration of all around, being the most powerful person in her environment.

The musical tells about show business and that scene should be a place where a true actor feels as comfortable as possible. As one of the participants of the world of the theater told, the scene – is a place where the real actor wants to die. Margot, according to the scenario, rushes to the stage where the actors rehearse their upcoming performance, and arranges small brawl, because her shortcomings are as big as her pluses. She is unbalanced, narcissistic, self-centered, but at the same time, is afraid that her future husband, who plays the role of the director of this show inside of the show going on stage, the balanced and nice person, will not take her as wife because of age – in fact she is already 40.

Eve Harrington plays a comely and selfless girl (at the beginning), the exact opposite of Margo, whom she admires, because once upon a time Margo saved her from the endless melancholy and unwillingness to live, by showing that life can be bright and emotional. As it turns out later, Eve is not so nice, but very heavy, because she with time captures with her charm all close people to Margo. The latter, in retaliation sharpens the teeth and claws on Eve and shows all her furious nature.

The second act reveals the true soul of Eve gradually, as she is seeking the replacement of Margo on scene, and all the critics admired her acting. She admires herself and it turns out that she is very arrogant person. She charms the producer and the stage assistant, and even tries to openly steal the groom of Margo, the director of the play. In the song One Halloween, she further reveals herself when singing, with a line that no one cares how you reached the top when you're already there.

Producer discovers that the past of Eve was not so tragic as she told everyone and so she much be in his bed only, instead of being jumped to other influential people’s beds in the theater to go on top, threatening her that otherwise she will not play in the theater at all. Eve agrees and Margo finally understands the transience of life and the zero price of public admire.
Last Update:April, 06th 2016