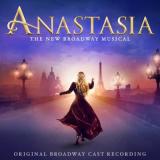 From the twilight of the Russian Empire to the euphoria of Paris in the 1920s, the new musical is the story of a brave young woman attempting to discover the mystery of her past while finding a place for herself in the rapidly changing world of a new century.
Last Update:June, 26th 2017