Liza's at the Palace Musical Lyrics 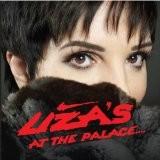 Liza's at the Palace Lyrics

S. Holden of The New York Times has made comments about a hoarse voice of actress, slurred diction, and inability to perform all the concert compositions at the same level. About the same reaction was from Variety’s spectator D. Rooney. But beyond all criticism, the experts noted the incredible willpower of Minnelli, as well as her desire to give herself to the viewer fully. According to them, the actress still has the charisma and the ability to convey poignant lyrics to the heart of each and every listener. Summing up the positive feedback on this performance, B. S. Lipton, representing the largest Internet portal theatermania.com, said that although the actress in some things was hard on stage, she still remains the greatest performer of our time. Stepped over sixty years, she gained the best career skills, coupled with incredible zeal to succeed, which allow to negate any inaccuracies in her voice & choreography.

Unlike the critics, representatives of major theater awards were able to sustain a single point about Liza's at the Palace. They unanimously expressed their admiration for the concert, and to the work of Liza Minnelli. In 2009, the actress was granted with the award of Independent Theatre Association & won a special Drama Desk prize as the favorite American theatrical actress. In addition, the project received Tony Award as the best theatrical event of the year.
Release date: 2009
Last Update:April, 21st 2016