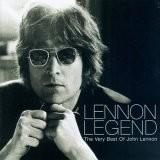 The first talk of a possible production of the musical about the life & work of John Lennon coincided with the 25th anniversary of his assassination. They refer to 2003 – 2004 years. The original idea of the play as the reflection of all life of a singer from his childhood. Working on the production, the focus shifted on the late period of his work. 2005 was the year of production of this histrionics.

A widow of John has agreed to let the performance play songs written by him after their band ceased to exist. Permission to use the composition named Give Peace a Chance gave Paul McCartney, sharing with Lennon rights to it. It was very important for Don Scardino. According to him, the show without this composition would be simply unthinkable.

For the first time a biographical play about the life & work of the legendary John Lennon went to San Francisco in the spring of 2005, then in August & September of the same year it was featured in the Broadhurst Theatre. In this histrionics sounded twenty-eight works of John, including two that have not previously been widely popular. The performance was very highly rated by Yoko Ono. She said that the work of Lennon, telling the world about love, is especially actual today.

With the huge success, performance about Lennon stepped on the homeland of the singer, in Liverpool, in 2010, involving local actors. Then the musical was staged in the UK in 2013 and 2014. Moreover, with the approval of Yoko Ono, in the English version sounded not 28 but 40 songs. The viewer may more fully trace the line of the musician's relationship with his aunt Mimi Smith, with Paul McCartney and with Yoko herself.
Release date: 2005
Last Update:April, 21st 2016