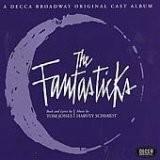 There were quite a lot of productions of musical and it even holds the record for the number of off-Broadway plays, showing fantastic 17000+ for all time! It was first exhibited in 1956 in New Mexico as an amateur staging, where the main antagonist was El Gallo, which eventually turned into a narrator. Setting was unusual: the scene has been extended into the audience so that beholders were not sitting on one side but three; not involved at some stages actors were just sitting on chairs; freezing techniques have been used on environment – the moon, the sun and their light. After reconsideration of the show, it was opened again in 1959, and Off-Broadway was opened in 1960 in New York, with actors T. Jones (one of the creators, making the libretto), J. Orbach, K. Nelson & R. Gardner.

The spectacle itself also included a lot of styles, from classics to techniques of modern comedy. The first production was extremely low-budget (a total of USD 0.9 thousand at the design of stage and another half a thousand for the costumes, while the usual Broadway shows demand in average for 280 times more). Producers shrank themselves to a curious USD 2.000 collectively for a full release of show, hiring only 2 or 3 people to do everything. However, it all looked quite intimate, and this has won the loyalty of viewers. So the show, which opened in 1960, was completed only in 2002 (lasting for phenomenal 42 years!), showing 17162 times. Truly brilliant result!

For all its staging, following actor were involved in it: Elliott Gould, Kristin Chenoweth, Glenn Close & Liza Minnelli, among other celebrities.