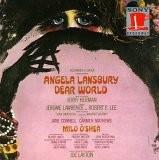 The production of this show experienced troubles right from the beginning. The first of the directors, Lucia Victor, left due to creative differences between her and the main actress, Angela Lansbury. Second, Joe Layton, who was able to bring the show to the premiere, also replaced the choreographer Donald Saddler, who couldn’t cope with his work, demonstrating low level of professionalism. Musical had negative responses after preview, which did not allow its creators to get success on Broadway. So, opened in Mark Hellinger Theatre in 1969, the musical has stood only for 132 regular performances and 45 preliminary. Besides of director Joe Layton, on the creation of the show worked: O. Smith (scenic design), F. Wittop (costume designer), J. Rosenthal (scenic arrangement).

After a Broadway, show has been forgotten for some time, mostly because its creators were working on rewriting the musical and its format, as it was impossible on Broadway to show the intimacy of the environment that was proper for the original chamber format. As it turned out, the new format had it and had manifested itself in small stages with success. The new production company was Goodspeed Musicals, which put it in 2000, in the middle of the winter theater season. Two years later in the Sundance Theatre, which is in Utah State, the musical played for all summer.

Production also came to Canada, where in Toronto in May of 2012 it opened with such actors: D. Cornthwaite, B. Boddy, E. R. Morriss & D. Haines.