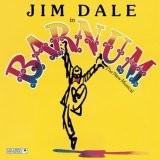 Broadway saw this musical in 1980 and it played successful 854 performances, before it was closed in May of 1982. Joe Layton – director and choreographer, David Mitchell served as stage designer, Theoni V. Aldredge was responsible for the costumes and Craig Miller carried out to be purposeful for the light. Actors were following: T. Mann, J. Dale, T. White, M. Tatum & G. Close. Last one – Glenn Close – is a successful actress (and even a producer) in Hollywood (her most famous roles – in films about spotted dogs, Dalmatians, respectively, 101 & 102 Dalmatians, she played Cruella there). Back in 1980th, she has been 35 years younger – and so, she was 33.

West End hosted the opening of the show in 1981 – and lasted for 655 performances that is in this place is a very successful quantity. S. Payne, M. Crawford & D. Grant played in this production. In the United Kingdom, the show went on for 3 years, from 1984 to 1986, in Victoria Palace Theatre, as the first place, which hosted this, and Manchester Opera House was the second. Music from the show in 1986 was recorder on DVD & VHS.

In 2013, 14 and 15 years was the renewal of the musical – first in the Chichester Festival Theatre, then on Cameron Mackintosh. Some production was in Australia in 1982, in Florida in 2008 and in 1984 in Madrid. Production in 2013 was initially planned in another theater, but it was closed for renovation. Timothy Sheader was the director here, and L. Steel & A. Wright were choreographers and assistants of director.
Release date: 1980
Last Update:December, 09th 2015