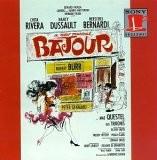 The original musical was previewed in the Shubert Theatre, which is located in Boston. On Broadway, the musical was released in 1964, in the theater with the same name. After its move to the Lunt-Fontanne, the total number of plays was a little more than 230, indicating that the show is not successful at all. Lawrence Kasha previously participated as a director in other musicals, and they also did not shine with duration. Peter Gennaro is choreographer.

The musical won a Tony Award nomination and it is no different with anything more, except of one more nomination for choreography. The soundtrack was recorded in 1964. In 2007, the musical was resurrected for a short while in order to be delivered to Broadway.

Critics gave polar assessments. Some say that the musical is disgusting and too long, on the stage almost nothing happens, except for dancing and singing. Some say that it is – skullduggery. But there are those who say that it was generally good. However, no one was very pleased with a musical visit to gypsies. Probably, it is still hard-hitting topics, especially for the stage.
Release date: 1964
Last Update:December, 09th 2015