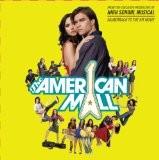 MTV released this musical in theaters in 2008. All events revolve around the eight main characters, which are permanently hanged in the mall. Based on the movie, it seems that in fact the main and only purpose of this play was to advertise shopping malls, as fun and exciting places where you can not only shop, but also to play, hang out with your friends, eat and even sleep, dance, mad out and race on shopping carts, skateboards and otherwise spend time joyfully and well.

The plot of this romantic comedy and drama are the relationship between the two protagonists – Joey and Ally, and the rivalry between them, mother of Ally (the owner of a music store in this very same shopping mall), from one hand and conceited daughter of the owner of this megastore, from another hand. The latter by doing nothing does not know where to go, and therefore wants to receive the love of the people around her and that’s why she is constantly nasty with them. The philosophy of primitive person, who remained at the level of the mitochondria, and nobody told her that no one likes devilish people.

Ally aspires to realize herself as a singer and makes great efforts for the sake of it. Then she meets Joey, who cherishes his dream of becoming a rock star, who also works in this direction and yet moonlights as a janitor in the same mall where the store is kept by the mother of Ally.

With involvement in the great future of these two, comes Madison and their life becomes more difficult. The film was shot in a real shopping center – Provo Town Center mall (Utah), and in essence, the story is very similar to another musical – High School Musical by Disney – even the producers are the same and all the action takes place in a shopping mall.
Release date: 2008
Last Update:December, 02nd 2015