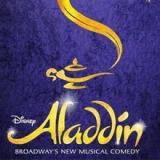 It is again production of Disney company and the actors are chosen, such as Company likes – beautiful, with crazily awesome voices and very lively appearances. Alan Menken, the creator of the show, announced that work on the musical has begun and it was premiered at the 5th Avenue Theatre in July 2011. The actors were chosen to show the following: J. Freeman, C. Reed and A. Jacobs, J. M. Iglehart, C. Davis, D. D. Rivera, A. Keenan–Bolger, B. Gonzales, B. O'Neill. Choreographer is Casey Nicholaw.
Tuacahn Amphitheatre hosted musical performances in 2012, during June – October, as well as the show was presented in the capital of Philippines, Manila, in the Meralco Theater in 2012. 2013 adopted a play in Spanish, in the capital of Colombia, Bogotá.

After the show explored the world, it has been approved to make it on Broadway. This point was resolved after a fairly successful shows in Ontario, during 2013 – 2014. Casey Nicholaw was both director and choreographer, and G. Barnes was invited to create new costumes that the characters were not parodies of themself, as it was in one of the earliest performances.

In February 2014, the musical was staged on Broadway in New Amsterdam Theatre, after the show Mary Poppins ended. This show is so liked by the audience, so won a Tony Awards and was nominated for another 5 of it. This musical is also marked being nominated for a Grammy Award and won a prize in the category of Featured Actor, which was granted to J. M. Iglehart.

In 2015, the Japanese audience was able to enjoy performances in Dentsu Shiki Theatre in the capital, as well as in Germany, the city of Hamburg. In the latest it was brought by the company Stage Entertainment.

This musical is not going to stop and in 2016 had already planned the shows in West End, in London, at least until the end of 2016. Also, the musical will arrive in Sydney, Australia.
Release date: 2011
Last Update:November, 17th 2015