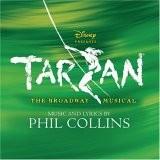 The libretto for this histrionics wrote American playwright E. R. Burroughs, music & lyrics – P. Collins. In March 2006, 35 previews passed on Broadway. The premiere took place on May 2006. After 486 views, the show was closed in July 2007 due to decline in ticket’s sales. Director of staging became B. Crowley, he also designed costumes & scenery. Choreography did M. Tankard, lighting – N. Katz.

The musical was staged in other countries. International production began from Netherlands. The show was staged from April 2007 to May 2009 in the Fortis Circustheater in Scheveningen. Then there was the production in Sweden – from February 2008 to 2009. The longest international production was in German Hamburg Neue Flora Theater, from October 2008 to Oct. 2013. In Stuttgart city, in Stage Apollo Theater it was staged from 2013 & goes on till the present days. In Philippines it was shown only for 1 week in July 2013.
Release date: 2006
Last Update:July, 18th 2016