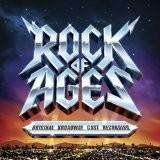 Preliminary show took place in 2005 in LA of USA. At the beginning of 2006, the histrionics geographically shifted to Hollywood’s club Vanguard. After the fantastic launch, the play rearranged into Ren-Mar Studio, collecting full houses more than once.

Previews started on Broadway in 2009. A group of musicians was dressed in ordinary attires, which live bands were wearing playing heavy rock. Drummer was playing in the cage with the inscription: ‘Please do not feed the guy on drums!’. One of the 1st guitarists, J. Hoekstra, was a Night Ranger’s member & currently – of Whitesnake. Other guy, T. Kessler, was playing in Blondie.

After more than 2,000 exhibitions on Broadway, theatrical was closed & it was a success. In the UK, previews began in 2011 of the revised version. A. Pemberton was depicting Sherrie, but got sick & was forced to leave the histrionics. The main female role was played by her understudy N. Andreou.