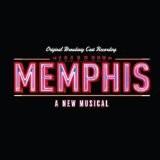 This histrionics was created by composer D. Bryan & writer J. DiPietro. Filmmaker G. W. George elaborated the concept of a show. Pre-Broadway exhibitions were in 2002-2004. Also, the theatrical was on stage of La Jolla Playhouse in Sept. 2008. This spectacular featured at the 5th Avenue at the beginning of 2009.

On September 2009, preliminaries started at the Shubert Theatre stage. Broadway premiere took place in October, directed by C. Ashley, choreographed by S. Trujillo. The actors were C. Kimball, M. Glover, J. B. Calloway, D. Baskin, J. M. Iglehart, and others. The show was completed in August 2012 after 1165 shows. In 2011, the recording was made of the Broadway show with high-definition cameras.