Who's Tommy, The review 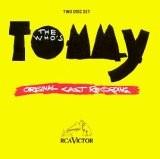 Who's Tommy, The review

Who's Tommy, The Review - Broadway musical

At the heart of the theatrical is rock opera ‘Tommy’, represented by ‘The Who’ music band in 1969. Pete Townshend originally inclined to create compositions, united by a common plot. After the publication of his autobiography, he decided to start writing a rock opera. In the story about a boy, who became blind & deaf-mute due to trauma, many facts from the personal life of guitarist from ‘The Who’ were mentioned. Townshend asked bassist J. Entwistle to compose songs of child abuse, as he found it hard for him to write about this issue. When finished compositions were listened by critic Nik Cohn, he was not impressed with the quality of the material. When Pete Townshend found out that this critic was a fan of pinball & so he entered this game in the act & wrote a song about it. Later this song became a hit. Critics have called this rock opera one of the most daring albums of its time. ‘Tommy’ was the most commercially successful project of ‘The Who’ band. In total, they sold nearly 20 million copies of it.

In 1975, after the album was shoot the same-named film, which had not cause big elation in critics. In 1993, was the premiere of the Broadway’s musical. The revised performance was highly appreciated by the audience. It also received excellent reviews from the critics. Staging was awarded with numerous prizes. The show has won in 6 out of 7 categories in Drama Desk. It has also received 5 awards out of 6 nominations for the Outer Critics Circle Award. The theatrical was marked with Theatre World Award. It was nominated 11 times for Tony & won in 5 categories. Organizers received maximal box office for the weekend in the beginning of January 1994 – they amounted to 693,188 dollars. The minimum amount of $ 229,369 was received in June 1995 near the closure. According to critics, compositions by band The Who have not lost relevance in the XXI century too. A dynamic production never made the audience get bored while watching. The sound level was softened comparing with concerts of ‘The Who’ – it allowed the public to perceive lyrics without the auditory overload. The plot of the musical was different from the movie. In the show, the same as in the original rock opera, a crime commits not a lover, but the boy's father. Taking into account the family values of the 1990s, the finale of the play was done more optimistic. The unusual scenography by J. Arnone helped to convey to the audience the state of mind of the protagonist of the play in the best way. The dramatic show did not leave anyone indifferent. Musical encourages people to pay more attention to their surroundings & family, to try to change them for the better.
Last Update:July, 25th 2016