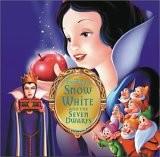 One beautiful queen dreamed of a daughter born with a snow-white skin, raven hair and lips like ripe cherries. Soon women’s wish came true. Parents of newborn named her Snow White. When the queen died, her husband has long remained a widower. But he had to get remarried, because his daughter needed a mother. The whole country was celebrating the wedding of the monarch. The new queen brought with her maid of honor, daughter Luna and personal huntsman. Seeing Snow White, she realized that the father truly loved his daughter. Places herself in the chambers, the queen found out from talking mirror that the princess was the most beautiful girl in the whole world. Not enduring this, the woman told her stepdaughter Luna to send a girl to the village and to load her with very hard work. But the Queen’s hopes to destroy the beauty of a girl in this way were in vain. At the new place, Snow White has found friends and met a prince – a young man felt in love with her, hearing her singing.

When the queen looked in her mirror again, she found out that the beauty of a girl remained the same. Calling personal huntsman, ruler ordered him to go to the village and to take there Snow White. Then the man was going to kill her in a forest glade. As proof of the girl's death the queen demanded that the huntsman to bring her the heart of a young beauty. With great reluctance, the man departed. He took Snow White from the village, saying that her father was waiting for her. But on a glade in the forest ranger could not commit the crime, beginning to cry. He told her of Queen’s envy and asked her to run away from home as far as possible. Frightened Snow White ran in dense thickets. With the help of forest animals, she found the house where the seven dwarfs lived. Making order in the cabin, she began to wait for the hosts. Soon after, they returned from the diamond mines. Acquainted with Snow White, dwarves learned about the danger to the princess, and she was allowed to stay in their cabin.

When the prince came to the village to meet his beloved, he learned of the machinations of her malicious stepmother and went to the king. Seeing that the girl was still alive, a ruler has decided to kill Snow White herself. Transformed with a potion into the old woman, the Queen prepared a poisonous apple for the stepdaughter – when the princess drink it, she would fall into a deadly sleep. At this time, the prince and the huntsman told the monarch of the danger that threatened the girl. The king sent men to search for Snow White. Leaving in the morning to the mine, dwarfs told her not to let anyone into the house. Soon a queen appeared. She gave Snow White an apple, saying that if she eats it, her fondest wish would turn true. The Princess took a bite, and dropped dead. Forest animals ran to the gnomes to tell them about the trouble. Chasing the queen, the miners have witnessed her fall into the abyss. Finding a poisoned guest, gnomes put the girl in a crystal coffin. When the prince found his beloved, he decided to kiss her goodbye. Suddenly Snow White woke up. Then they returned to the king. A young man and a woman got married and went to live into their castle.
Last Update:July, 13th 2016