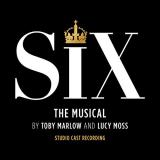 "Six" is a British pop musical written by Toby Marlow and Lucy Moss while they were studying for their final exams at Cambridge University. It tells the stories of the six wives of Henry VIII, as they compete to decide who will lead the group based on how much they suffered while married to Henry.
Last Update:October, 06th 2020