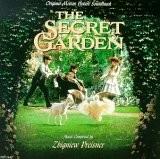 The plot of the musical is taken from the same-named product by F. Hodgson Burnett, created by the writer in 1911. Adaptation of the novel was managed by the winner of the Pulitzer Prize Marsha Norman. Also, the composer Lucy Simon joined to the creation of the theatrical. Staging was the first major production of Virginia Stage Company. To prepare for the show, a lot of money have been allocated, which reflected in the high-profile technical stage equipment. Designer Heidi Landesman created special platforms that rapidly transformed the scenery in the show between the shift of the scenes. Also in the spectacle used the vertical panels, moved up or down. To recreate the mysterious garden, used panels embedded in the floor, special lighting and backgrounds. Subsequently H. Landesman received a Tony Award for the Broadway production design.

Thanks to the introduction of ghosts of Lily in the histrionics, the girl's parents and other characters and creators transformed a children's fairy tale into a more serious work, aimed at an adult audience. Critics have pointed out that this approach reduced the magic that was present in the book of F. Hodgson Burnett. But when the show returned to the original story, the atmosphere of mystery and magic reappeared on the stage. Musical aroused great interest among the public. The Broadway production was 14 times nominated for Drama Desk, winning 3. Also, the show received 3 awards out of 6 nominations at Outer Critics Circle Award. Performance has been nominated also for the NY Drama Critics' Circle, but hadn’t won. Production managed to receive 3 victories in 7 categories at the Tony Award. The production was represented on Broadway for less than two years. At the end of the show, the box office for the weekend amounted to 550,724 dollars. The histrionics is still popular in modern audience. As of mid of 2016, this spectacular is carried out in theaters in several countries.
Last Update:July, 13th 2016